The 9th Annual Swift-Cantrell Classic, the opening race of the 2018 Kennesaw Grand Prix Series, was run this past weekend with incredible success. The Swift-Cantrell Classic is the second largest race in the Grand Prix Series with this year’s event capping out at 1,090 runners. Runners came from all over Georgia, Tennessee, and as far away as Fairhaven, Massachusetts to compete. With participants ranging in age from 5 to 79 years old, the race drew from all walks of life and had deep community feel. 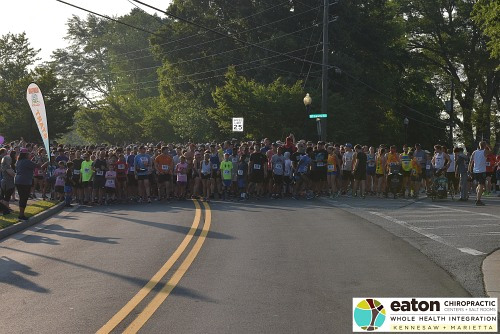 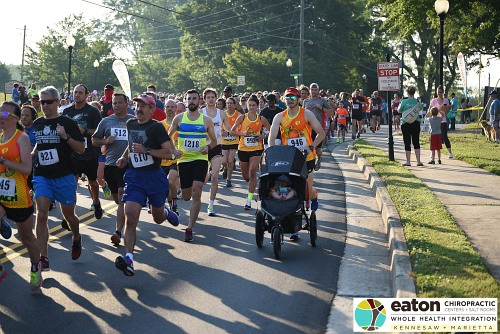 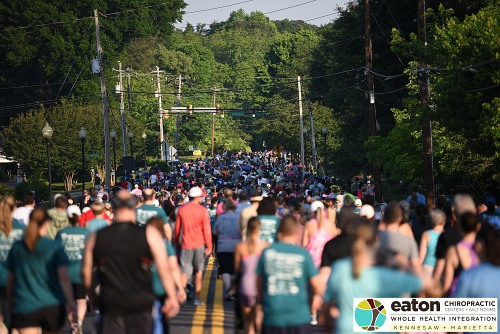 Zach Coleman won the Swift-Cantrell Classic 5k with a gun time of 17:41. Tess Cochran of Euharlee, Georgia was the Women’s Champion with a time of 19:28 (6th place overall). Big Peach Running Co.’s Ty Ragan won the Men’s Masters Division at 19:23 (5th overall). Amy Murphy of Woodstock, Georgia was the Women’s Masters Champion with a gun time of 21:28 (24th overall). For complete results, click here. For a full gallery of photos, click here. 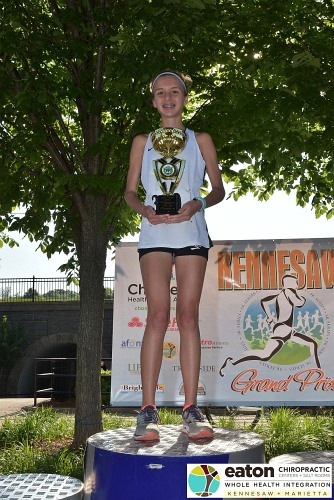 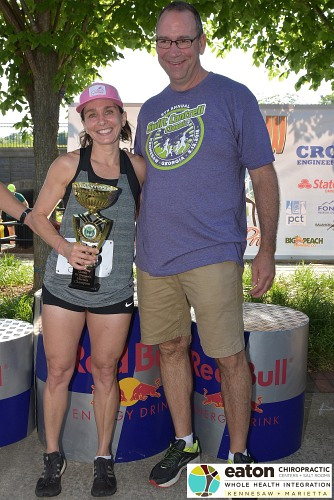 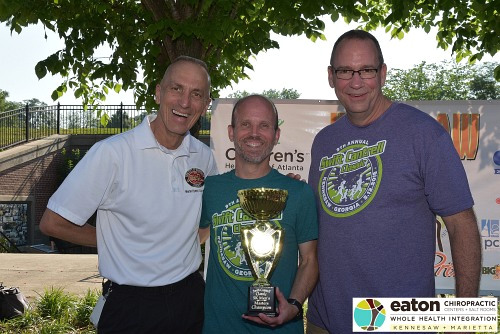 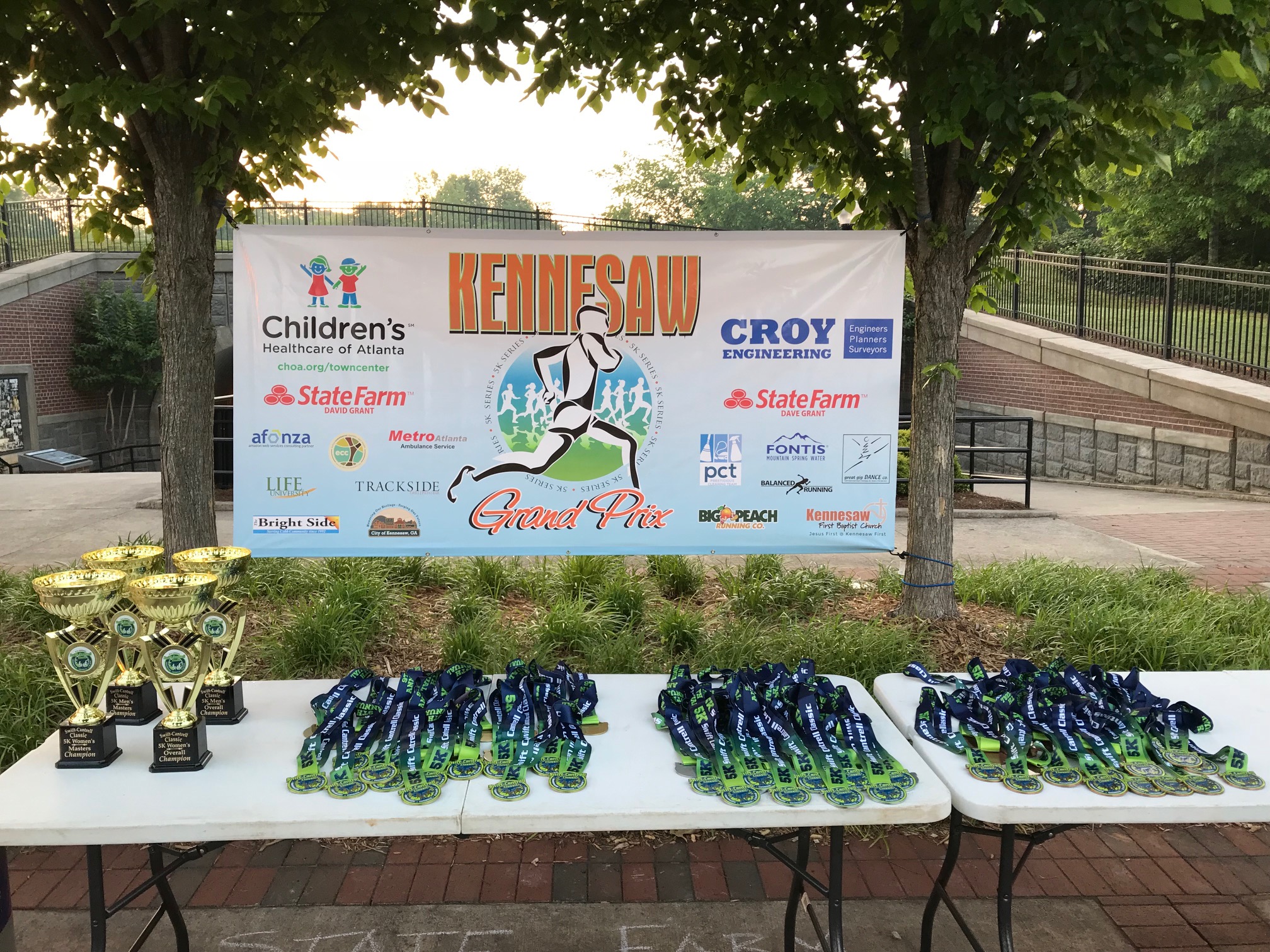 The Hardware at Stake 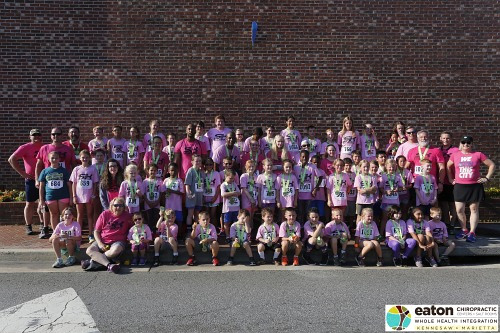 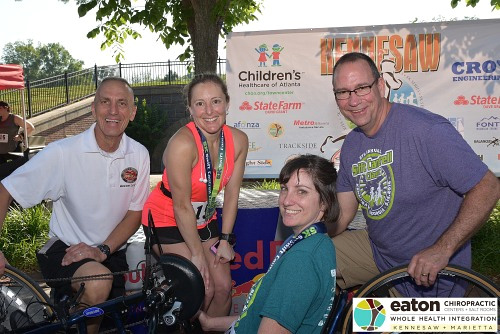 The Swift-Cantrell Classic is known for being one of the most enjoyable races in the series with a fun, friendly atmosphere. This year’s race was no different. Throngs of supporters lined the streets near the finish line to cheer on their fellow runners and help celebrate their accomplishments. Kennesaw Mayor Derek Easterling slapped high-fives with every runner as they crossed the finish line. 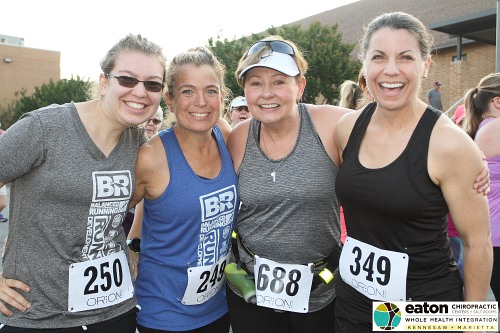 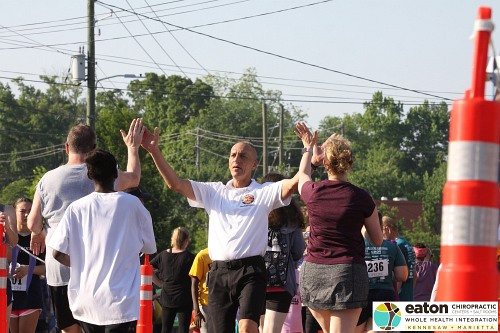 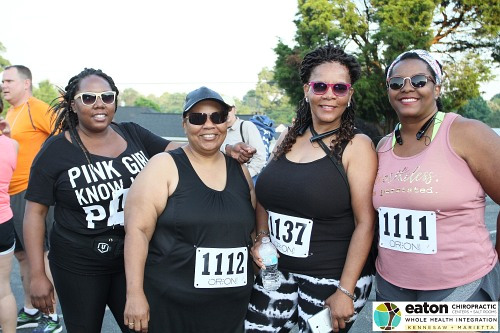 “I love the energy of this race,” beamed Lee Elliott, member of the committee that puts on the Swift-Cantrell Classic. “The competition was fierce for those top spots, but, more importantly, the level of camaraderie and sportsmanship throughout the race was heart-warming.” 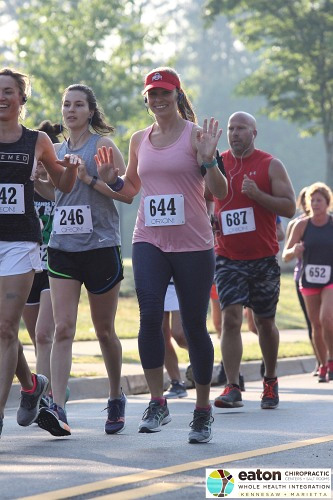 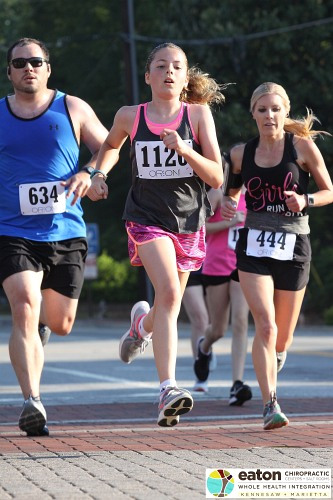 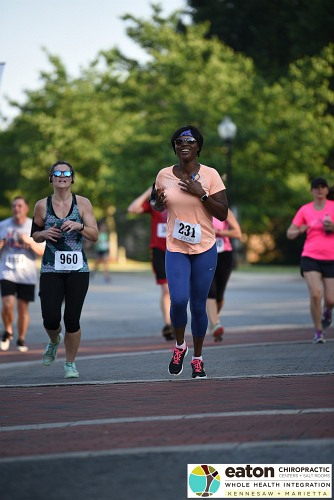 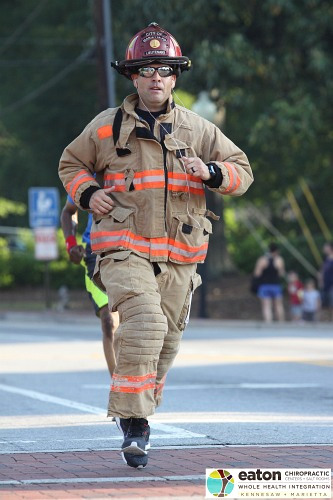 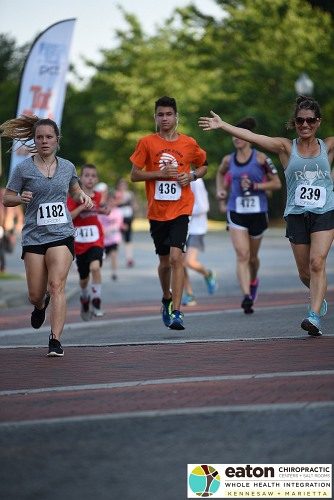 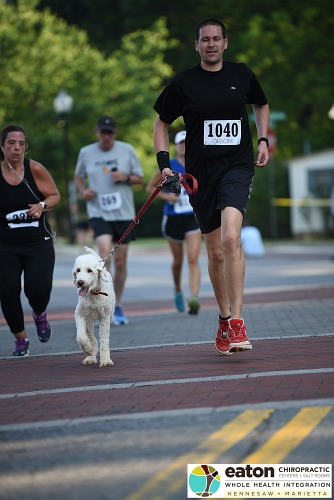 “We’ve got some good things up our sleeve that we want to do at the park,” remarks Swift-Cantrell Park Foundation President, Phil Barber. “We are working on something really big that the community will really get behind.”

The money raised from previous races has been used to help build the splash pad and erect shade structures at the skatepark and play ground.

“We can’t thank the community and sponsors enough for getting behind our race,” adds Swift-Cantrell Classic Race Director, Steve Welsh. “I love how the public embraces the race and the sponsors donate their money to such a worthy cause.”

The Swift-Cantrell Park Foundation would like to thank Orion Racing, the City of Kennesaw, Kennesaw First Baptist Church, Big Peach Running Co., and the 1090 athletes that competed in the Swift-Cantrell Classic.