The 8th Annual Swift-Cantrell Classic 5k was run this past weekend with a record number of participants. The Swift-Cantrell Classic, which is the first of six Kennesaw Grand Prix races, enjoyed a total of 1,157 runners from all over the state. Competitors even came from as far as Florida and Virginia. 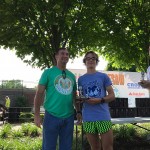 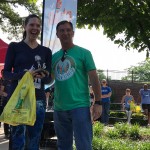 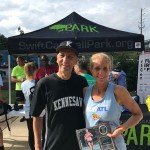 Benjamin LeBlanc of Powder Springs, GA finished first overall with a time of 16:15 followed by Ryan Bietzell of Milton, GA (16:19) and Lucas Stocks of Dallas, GA (16:49). The overall female champion was Tyra Holloway of Kennesaw, GA with a time of 18:41. The masters male and masters female winners were David Matherne of Cartersville, GA (17:12) and Kandi Lane of Douglasville, GA (22:30) respectively. For complete race results, click here. For race pictures, click here.

“The energy and feedback from the runners has been incredible,” observed Swift-Cantrell Park Foundation President, Lee Johnson. “Several runners expressed that the Swift-Cantrell Classic is their favorite race and most of the nearly 1,200 runners stayed and celebrated after the race. That is a testament to what we are doing here.” 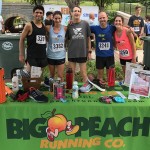 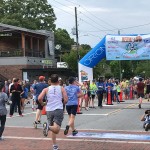 Runners Sprint to the Finish Line 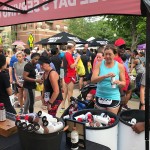 “I would like to see shade structures built in the skatepark for those hot summer days,” says race committee member, Lee Elliott. “We have also discussed creating a bird and butterfly sanctuary in the Children’s Forest. Either way, we are so thankful that the community supports our race so we can continue on our mission to enhance the park.” 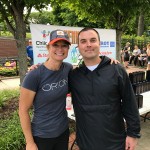 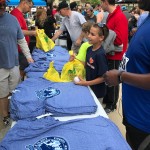 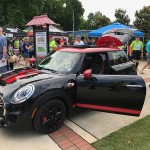 Platinum Sponsor Mini of Kennesaw Brought out Some Beauties

The Swift-Cantrell Park Foundation would like to thank the City of Kennesaw, Orion Racing, Kennesaw First Baptist Church, Big Peach Running Co. and the runners who compete in the Swift-Cantrell Classic.